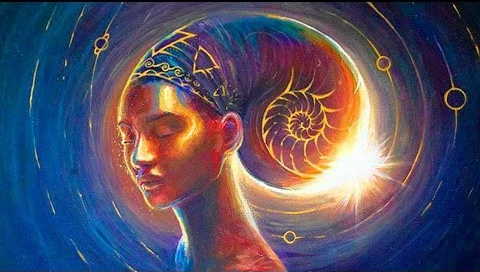 -A Rose In Harlem, Teyana Taylor

As I’ve said before in previous posts, Energy is everything. I thrive on different frequencies and vibrations. And if the Energy feels off, I move accordingly. If I vibe with you, I rock with you. Meaning, I care enough to call you my friend–my family. But let that Energy change or switch up in anyway…I’m out. I’ll move out of the way because I simply can’t afford to waste my time or my Energy on someone who interrupts my Peace. For most of my life, I have moved according to someone else’s beat. Not anymore. I am the drummer.

The first half of 2018 has proven to be nothing but growth and blessings. For the first time in a very long time, I can honestly say that I am happy. I may not be where I want to be, but I am no longer where I once was and I am so grateful. But with growth also comes growing pains. I have discovered that it is possible to grow out of certain relationships we have with others and grow into a different version of ourselves. Everything happens for a reason and everything serves a purpose. I have no regrets about the people I have historically chosen to share my Energy with.

There have been several occasions where I have questioned friendships with certain individuals and I ignored my instinct because a part of me wanted to be able to learn how to give people second chances–which has never been something I have been good at. But at what cost? My intuition has rarely steered me wrong. I have been holding onto friendships that were only beneficial to the other party. I’ve said it before: I’m a lot of people’s friend, but I don’t have a lot of friends.

Lately I have felt drained because my energy was being stolen from people who I thought to be friends.  I’m the type of person who isn’t the most forthcoming about feelings and emotions. So when I do open up to someone and expose the parts of me that make me vulnerable, it’s sort of a big deal. And if the person I shared those feelings with does something that hurts me in a way I have previously explained to them..I’m good. My ghost game is strong. How many times do I have to explain myself before someone hears where I’m coming from? Because if we’re really friends, you would have listened the first time. I’m moved by actions, not by words.

What’s good for one, must be good for all, right? So was it cool when you made group plans and didn’t bother to reach out to me? Was it cool that you sat back and watched me be disrespected in a public place where the outcome might have been different had you stepped in? Was it cool when you thought your struggles in society could compare to mine as a black woman in Trump’s America? Was it cool when you were talking about me with your other friends or people who don’t want to see me be great? What about when I needed someone to talk to but you made it about yourself instead? What about me, huh? Why am I always the first one to reach out? People mistake my kindness and understanding for weakness…don’t be fooled.

Some people are better than others at masking their true Energy. But it is evident some people are not who they say they are. Or rather, they are not who they appear to be. And that’s okay. If that’s you, cool. But just understand that I don’t associate with that. I match Energy and I’m not about to waste Energy trying to match with the negative. If it’s not a good vibe, I don’t want it–period. I can no longer associate myself with people who are not truly riding with me.  A lot of people will ride for you but won’t actually ride with you. I’m good luv, enjoy.

I’m learning that the more I step into my Womanhood, the less tolerance for nonsense I possess. I work too hard and I am too busy to be worried about anything but growth. So, if you aren’t growing, why are you here altering my Energy? Why are you wasting my time and yours? And what made you think that it was okay to interrupt my Peace?

I say all this because it is important to remain focused on your goals and the path you want to take in life. I want to be surrounded by like-minded people with positive Energy who want to grow. There are no exceptions. I live my life above negativity. With that said, I also live above neutrality because there is nothing more dangerous than someone who is able to sit back and allow negative things to happen.

iThere are no comments

There was an error retrieving images from Instagram. An attempt will be remade in a few minutes.

Begin typing your search above and press return to search. Press Esc to cancel.